☛ Scroll down for reviews

Images for Download. Please do not publish the thumbnails —they are for reference only. 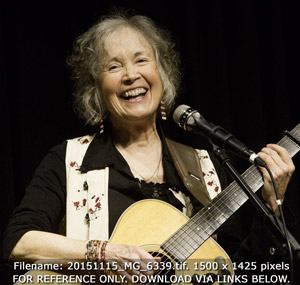 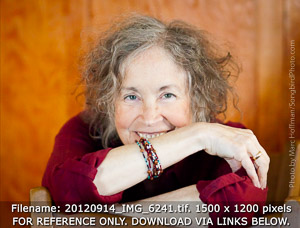 Seattle:
“…her Whitmanic embrace of the American panorama, mixing vernacular and highbrow culture, and everything in between.”
—Paul de Barros, Seattle Times

Boston:
“Waterfall nearly stole the show with her infectiously joyful anthem “Love Out of Nowhere,” and a hilarious satire of a redneck whose sexist posturing suddenly dissolves into new age psycho-speak.”
—Scott Alarik, Boston Globe

“Her musicianship is astonishing, and her lyrical sense is at the cutting edge. I can’t see any serious fan of songwriting remaining ignorant of her work.”
—Bob Franke, New England Folk Almanac

Philadelphia:
“Waterfall’s music is a tasty confection, made of classical, jazz and folk, with a twinge of blues and several mystery ingredients. Her lyrics visit the heart of the human condition.”
—Jonny Meister, WXPN

London:
“Totally refreshing and invigorating. The music’s soaked in classical influences….draws together rock, pop, jazz and folk elements into a label-defying synthesis. Linda’s instrumental prowess elicits the use of superlatives….”
—Tony May, Folk Root

Folk Alliance:
“I’ve offered to write a column for the newsletter highlighting various women instrumentalists… I have to start with Linda Waterfall because she is simply one of the finest fingerpicking guitar players alive on planet Earth today [emphasis added]… Linda’s playing is truly some of the most unique and imaginative I have ever encountered. It doesn’t sound like any kind of traditional folk, but it doesn’t really sound like pop or Jazz, either. I once asked her where she got her inspiration for her unusual chords and voicings and progressions, and she said, ‘Oh, Debussy, I guess’ (she is a very accomplished pianist as well)…Every note that comes out of this woman’s guitar is heart-wrenchingly pure and beautiful yet filled with a vibrancy that seems to come from somewhere deep in the universe.”
—Becky Bernson, Folk Alliance Newsletter